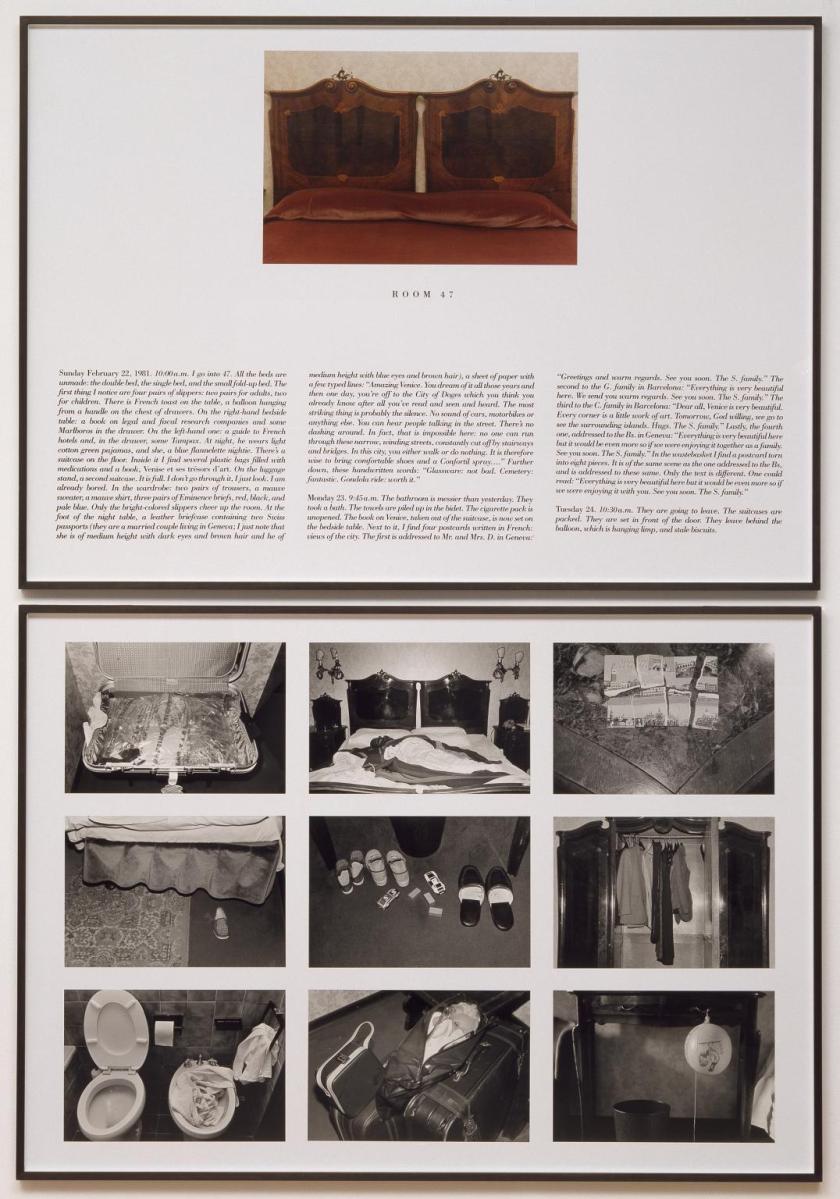 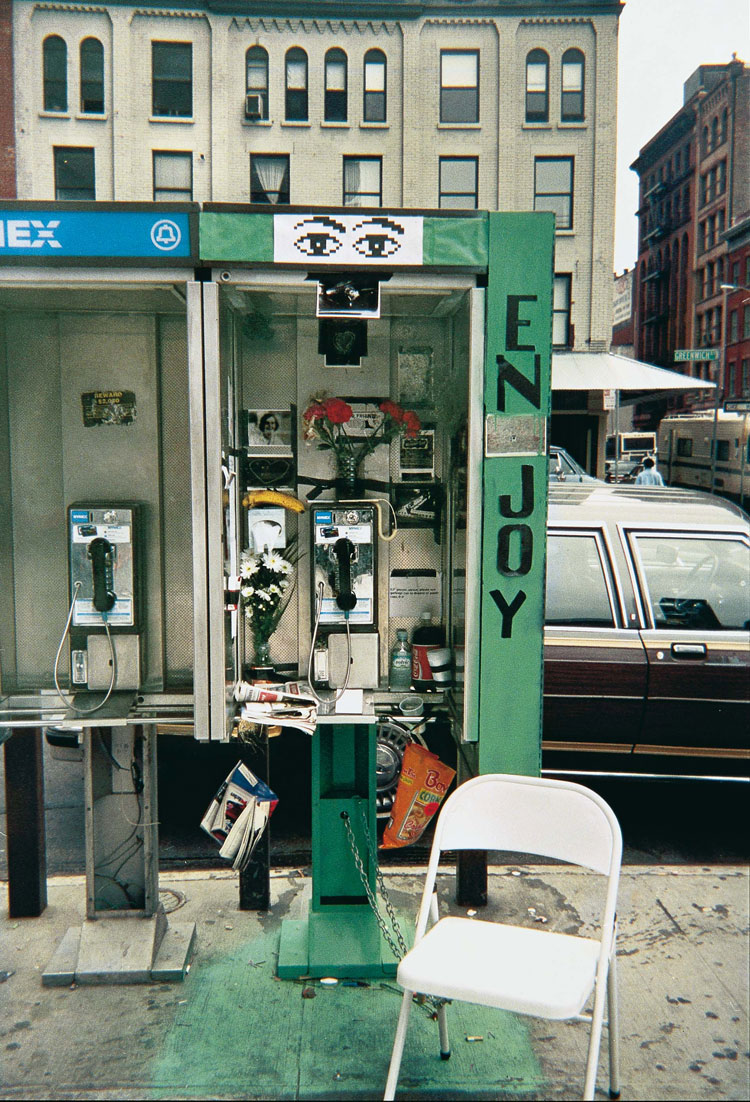 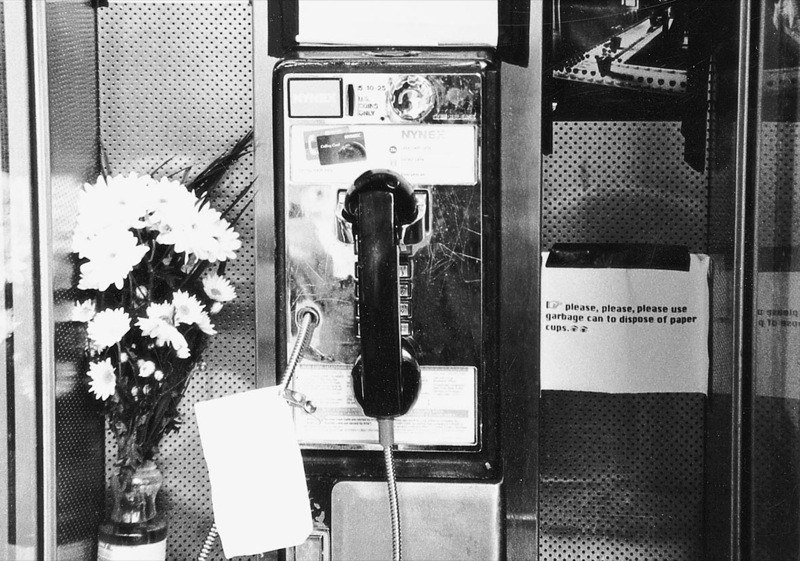 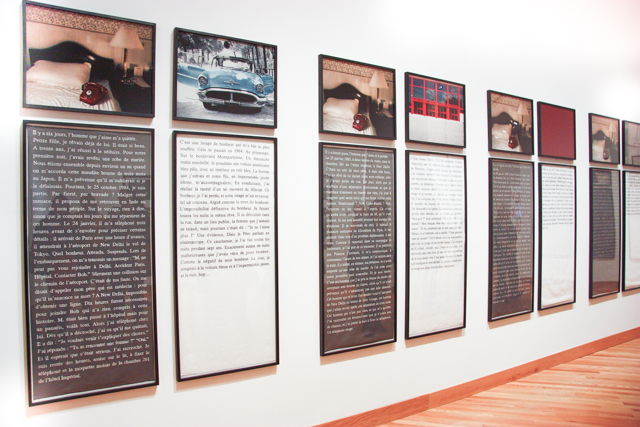 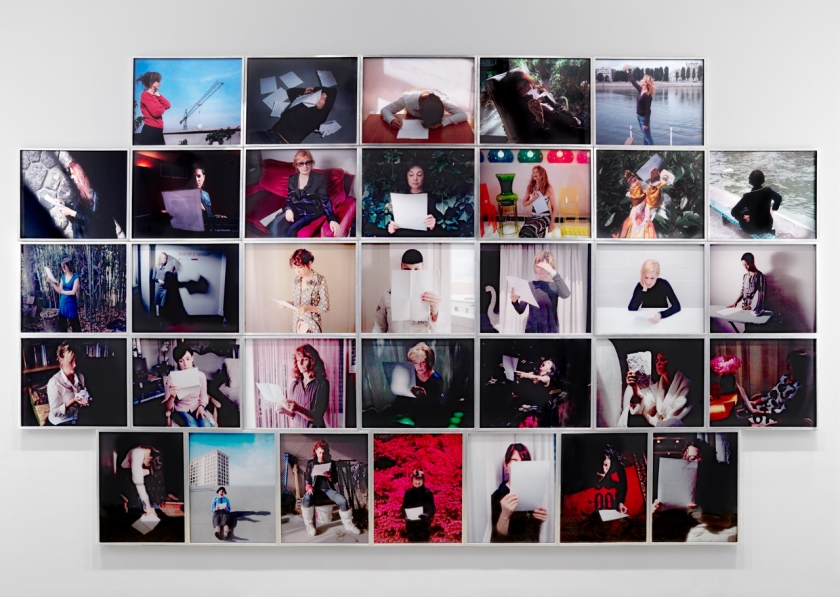 Perhaps one of the artist’s practices who I take the most inspiration from is Sophie Calle. Her practice which involves very personal take on investigation and surveillance adopts a rigid set of rules, combined with the beauty of chance in order to create works which explore themes of of stalking, personal relationships and the distance between friend and stranger. Calle’s works are always an intervention in the own outcomes of her existence, and her works are confessional in that they always begin or end with a deeply personal connection to the artist.

In her work, ‘The Gotham Handbook’ (1999), Calle was challenged by writer and earlier collaborator, Paul Aster, to create and maintain a public amenity. She began to create an amenity in a pre-existing phone booth, adding flowers, cigarettes, newspapers and snacks, and restocking and cleaning the booth once a day. She would spend one hour in the booth each day, recording the interactions of passersby, how many people smiled back at her and the number of users of her public amenity. She photographed these passersby, and noted their actions down, forming a detailed photographic report which acts of evidence of the work within an exhibition context. I am interested in how she demands the participation of the wanderer on the street, whether authorised or unauthorised, and makes people her investigation – their interactions and experiences becoming the data that she logs, photographs and works with. Her investigative impulse into human behaviour requires a certain rigidity, a set of rules, and the variable that is measured becomes the aspect of chance – whether or not the wanderer chooses to interact with the phone booth, or whether the wanderer chooses to walk past.

In addition, I am also interested in her commitment to the pursuit of investigation that informs her practice. For example, she has followed people from city to city, photographing them and fully immersing herself in situations that would otherwise be alien to her. She bridges a gap between whereby consent becomes a tricky subjects as she makes no interventions into people’s lives but rather investigates them in a manner which is intrusive and difficult to define morally. Her investigations take the form of photographic reports, diary entries and records which obsessively relay to the audience a full picture of the surroundings that Calle has immersed herself within. For example, she has acted as a hotel maid in order to photograph people’s items, as well as following gentlemen across countries to photograph their comings and goings within these spaces, as such her rigid documentation and rules on following the subjects allow the magic of the investigation to fall into the elements of the investigation that have become coincidental and strange.

In my own work, I would like to employ a form of rigid discipline in the style of Calle when investigating and collecting my own data. Although the subject of my work is nowhere near as personal as Calle’s, her methods for collecting data are very interesting to me. The way that she takes photographs to document, and the way that these may be beautiful photographs, but need not be is very interesting to me. The photographs become an illustration of a position, of the investigation as seen through Calle’s eyes; as such, I would like to explore using photographs more effectively within my own data collection on retail spaces, and worry less about creating ‘aesthetic’ images, and rather just record for the sake of recording. Much like Calle’s investigations, my investigations are essentially futile, as the result of such will not change the outcome of anyone’s actions per say, but rather record behaviour as I find myself as the wanderer recording my own steps and adventures throughout different retail environments.

As well as taking inspiration from the way she records information, I am also interested in how her interventions allow her to travel and create experiences which inherently become part of the art, yet is invisible and almost unimaginable to the viewer, as they can be experienced through descriptions, and imagined through photographs, but they are also deeply personal and inherently tied to the choice of the artist themselves. As such, I want to experience my investigation as a rounded experience, rather than purely a data collecting exercise.