‘Allegory of Charles I of England and Henrietta of France in a Vanitas Still Life’, Carstian Luyckx 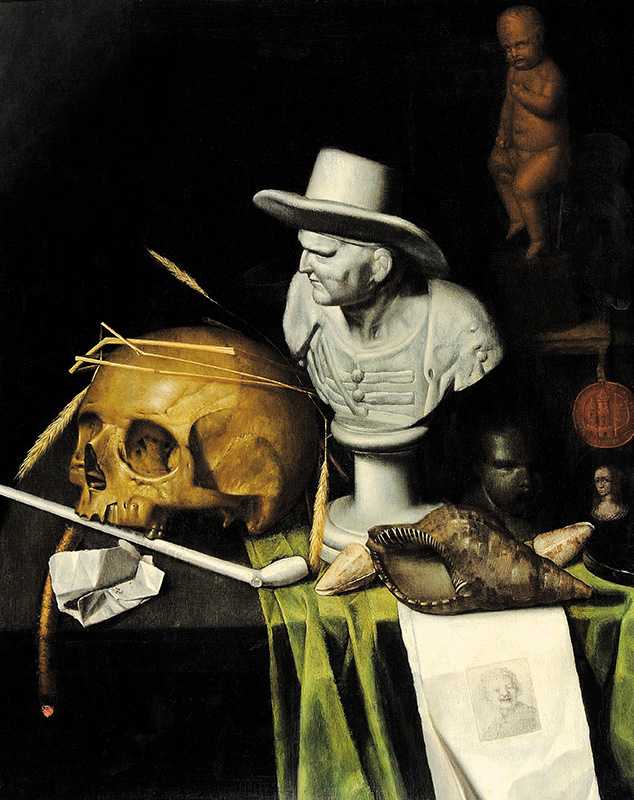 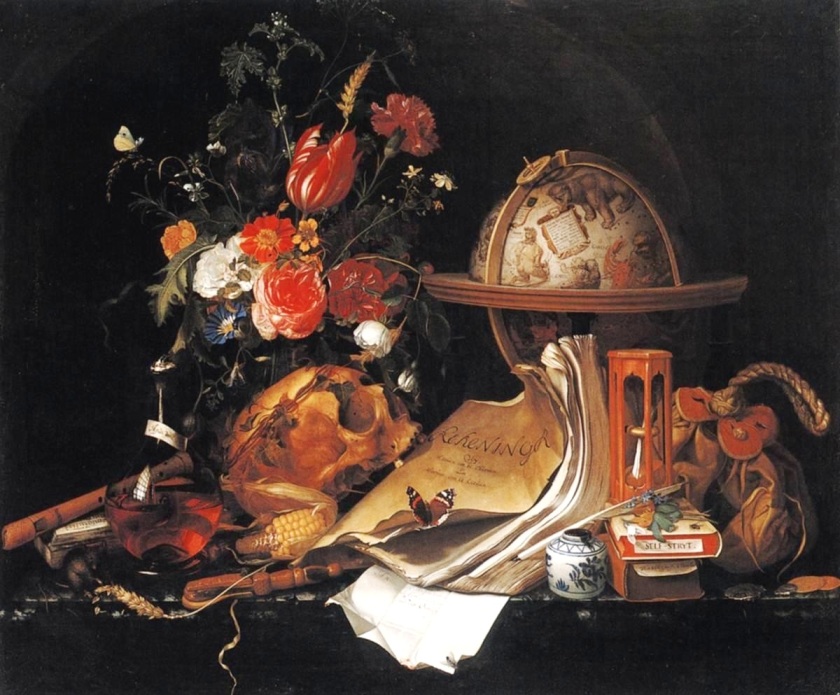 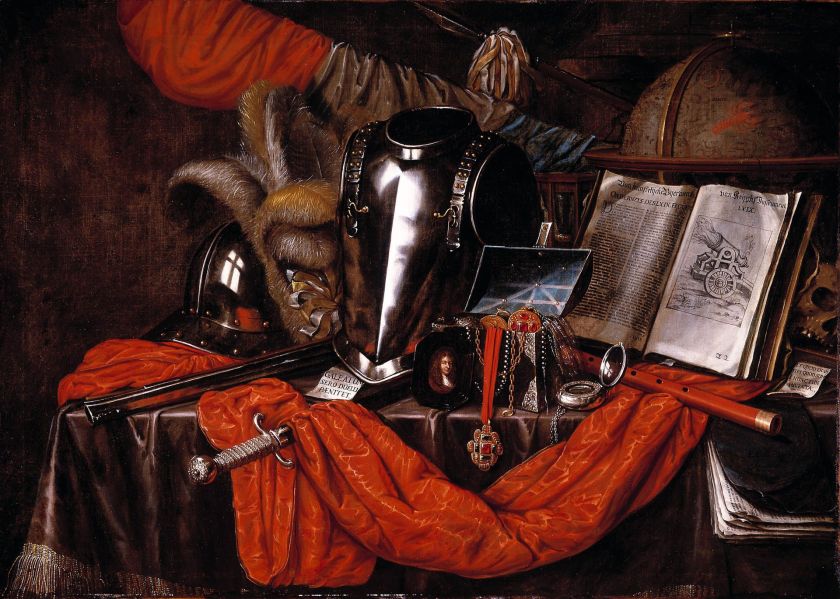 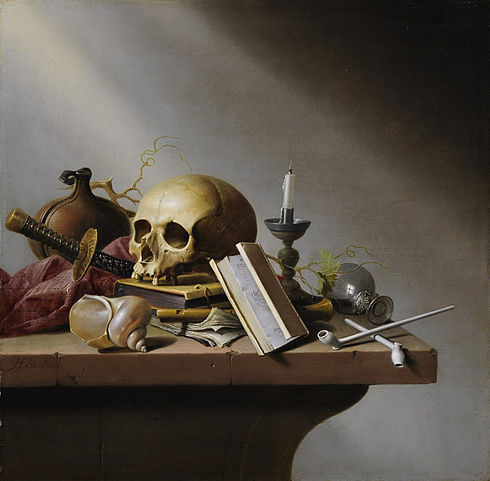 After taking an interest in Helen Chadwick’s work, in particular her ‘Meat Abstracts’ series, I wanted to look into the symbolism of different objects used in still life works. I want to create a film composed of short still life clips, and so feel that the objects which I use within each scene are of upmost importance. This has led me to research Vanitas paintings, and the way in which they depict a narrative through the symbolism of the objects used within their compositions.

Vanitas still lifes, which are associated with artists in Northern Europe in the 16th and 17th century, depict objects with symbolic importance, which convey a narrative through their symbolism. These works are meant to highlight the fragility and transience of human life, depicting versions of mortality, as well as emphasise the emptiness and meaninglessness of worldly possessions.

I wanted to understand the meanings of different objects within these paintings, so began to research separate objects symbolism. Here are some of my findings on what different aspects of Vanitas paintings mean:

Skull – The fragility of life and the inevitability of mortality

Watch, Hourglass or Timepiece – the transience and limitation of time.

Books – Human curiosity and knowledge, and the limitations and temporary nature of this.

Shells – a sense of exoticism and wealth, as they were not commonly found in the Netherlands, where Vanitas paintings originated. Only the very wealthy would be able to afford exotic items such as shells, therefore they represent a sense of vanity and uncouth ostentatiousness. Large shells symbolise lust and beauty, therefore hinting at lust as a sin and the power of temptation. Also a sign of death and frailty, as shells were often once homes for a living animal.

Decaying Flowers – the decay of the body, and the inevitable mortality of human nature. Decaying flowers were often included in works with a variety of rich objects which depicted wealth, in order to contrast the beauty of wealth with the inevitability of impending death. Different flowers symbolise different virtues:

Silk or Velvet Materials – symbolise vanity. Silk and velvet were very expensive materials, which were exclusive to the richest members of society.

Oriental Rugs or Carpets – symbolise wealth. These were exclusive and expensive items, which were placed on tables to protect the colour and quality of the wood. They were also an industrious symbol, as they were brought to Northern Europe through trade and business.

Jewellery or Clothing – the temporal nature of beauty, and the sin of narcissism. The symbolise the transience of the beauty of the body and the nature of wisdom in human life. Earthly riches are important in life, but soon mean little once life is over. They also tell of the traditions and cultures of life at the time of the painting, placing the work in a clear sense of history.

Mirror – a clear symbol of vanity and self-reflection.

Candle or Lamp – the human soul. It’s loss or blowing out symbolises the loss of the soul and the transience of life.

Arms and Armour – authority and power. A sign of earthly power and designations that mean little in the afterlife.

Knife – human vulnerability and mortality. Also acts as a phallic symbol and overt image of sexuality, particularly male eroticism.

Medical Tools – a reminder of the fleshy reality of the human body, and its multiple possibilities to fail.

In my own work, I want to recreate Vanitas style scenes, in order to lull the viewer in to believing the scenes depicted are stoic still lifes. Then I want to focus in on some of the objects, showing very slight movement in order to disconcert the viewer, chopping between still and movement shots. I plan to use various objects, especially fruit and meat to signify the fleshy mortality of the body, particularly using meat and the story descends into visceral violence. I think the symbolism of these objects will act perfectly, giving nuanced representations of the actions in the text through the use of Vanitas symbols.