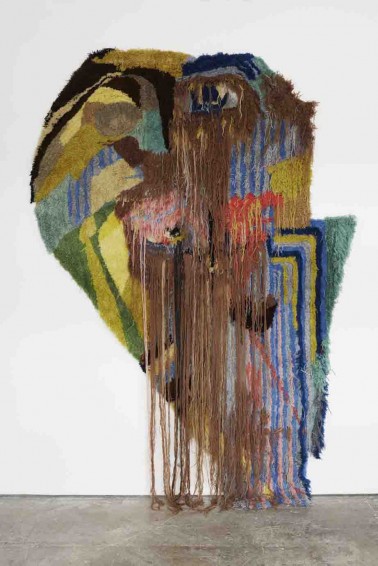 For our second group project, we had to give a short talk on the work and practice of French artist Caroline Achaintre. Achaintre lives and works in London, and is known for her works in ceramic, watercolour and perhaps most notably her tufting works, which explore the diversity of materiality. Her influences range from science fiction, to German Expressionism to Primitivism, and her innovative works of display are characteristic of her practice.

We decided to split the presentation into four categories, an artists biography, her use of materials, the themes that run throughout her practice and the influences that shape her work. I decided to research ‘influences’, and found this particularly interesting as Achaintre has a wide variety of visual queues from which she takes inspiration.

Here are some of the most interesting facts I found out about Achaintre’s influences and how she uses them in her practice:

For the presentation, we created a short powerpoint with pictures of the artists work, as we talked through each of our separate areas of research. I felt the powerpoint presentation worked effectively as we had examples of the work to demonstrate the ideas we had researched in a visual sense. We then showed a short clip of Achaintre’s tufting technique, which I believe the group found very interesting, as it is a more uncommon skill which requires a lot of patience and instinct as an artist.