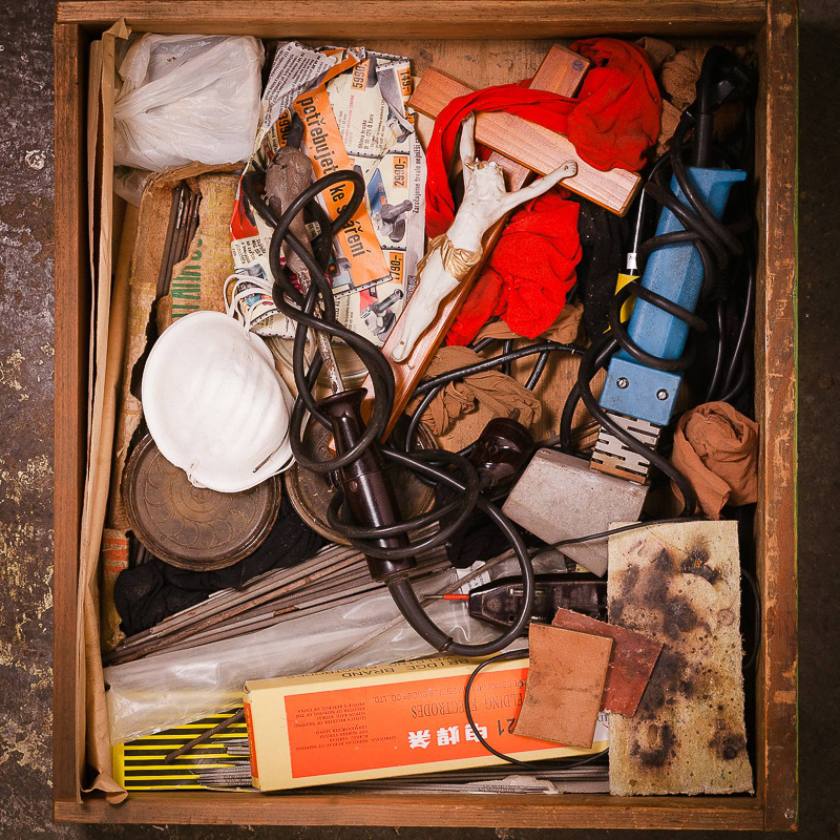 All photographs taken from the series ‘My Father’s Memories’ (2011)

After the death of his father Tom Teodosijev began photographing drawers of his father’s belongings exactly as he left them, as mean of representing a person without a physical being. Teodosijev has created a series of very powerful, melancholy images which represent the personality of the deceased through the organisation of beloved items. I am interested in this link between man and the object, and similarly to Teodosijev’s work I would like to explore the representation of someone who cannot be there through material goods.